My definition of anxiety is:

More formally, anxiety disorders are the most common psychiatric illnesses affecting both children and adults. Anxiety disorders may develop from a complex set of risk factors, including genetics, brain chemistry, personality, and life events. An estimated 19 million adult Americans suffer from anxiety disorders.

Anxiety disorders are categorized as:

GAD is characterized by excessive, unrealistic worry that lasts six months or more; in adults, the anxiety may focus on issues such as health, money, or career. In addition to chronic worry, GAD symptoms include trembling, muscular aches, insomnia, abdominal upsets, dizziness, and irritability.

In OCD, individuals are plagued by persistent, recurring thoughts (obsessions) that reflect exaggerated anxiety or fears; typical obsessions include worry about being contaminated or fears of behaving improperly or acting violently. The obsessions may lead an individual to perform a ritual or routine compulsions)-such as washing hands, repeating phrases or hoarding-to relieve the anxiety caused by the obsession. Click here for more in-depth screening for OCD.

People with panic disorder suffer severe attacks of panic-which may make them feel like they are having a heart attack or are going crazy-for no apparent reason. Symptoms include heart palpitations, chest pain or discomfort, sweating, trembling, tingling sensations, feeling of choking, fear of dying, fear of losing control, and feelings of unreality. Panic disorder often occurs with agoraphobia, in which people are afraid of having a panic attack in a place from which escape would be difficult, so they avoid these places.

PTSD can follow an exposure to a traumatic event such as a sexual or physical assault, witnessing a death, the unexpected death of a loved one, or natural disaster. There are three main symptoms associated with PTSD: “reliving” of the traumatic event (such as flashbacks and nightmares); avoidance behaviors (such as avoiding places related to the trauma) and emotional numbing (detachment from others); and physiological arousal such difficulty sleeping, irritability or poor concentration.

Social Anxiety Disorder (SAD) is characterized by extreme anxiety about being judged by others or behaving in a way that might cause embarrassment or ridicule. This intense anxiety may lead to avoidance behavior. Physical symptoms associated with this disorder include heart palpitations, faintness, blushing and profuse sweating.

People with specific phobias suffer from an intense fear reaction to a specific object or situation (such as spiders, dogs, or heights); the level of fear is usually inappropriate to the situation, and is recognized by the sufferer as being irrational. This inordinate fear can lead to the avoidance of common, everyday situations. 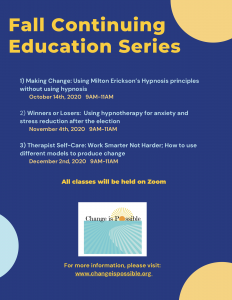